Welcome to the randomness that is Wednesday. Ah yes, so let’s get to why most of you are here. *drum roll* Wednesday Male Hotness 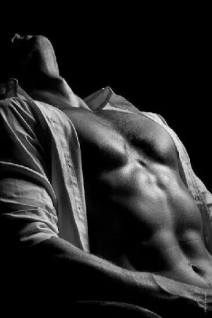 Our topic this week is why we write. I’m sure most of us will say some of the same things, but here’s why I write. As long as I can remember, my imagination has been filled with people. Tons and tons of people. As a kid, I could spend hours daydreaming the day away. I usually did since I was bored in school and it gave me something to do. Usually, the people were a mixture of characters in books and people that just popped into my head.

The people would have full on adventures and conversations and go places and do things. After a while, I wondered if other people had friends in their heads too. Yeah come to find out, not many people did. You get strange looks when you mention the people in your head that talk to you.

Anyway, I started to write stories when I was about ten or so. Off and on, nothing serious. Then in high school, I started to actually create character lists about some of the people in my head, but they weren’t fully formed yet. So nothing came of the stories.

Then I wrote a book that I’ve never published, but will once I do major revisions. The characters came totally from a dream and I crafted an entire book around them. Finally, the people in my head had an outlet. I could let them out to play and see if other people liked them too.

Guess what? People did. So, I write because my head gets way too crowded and the tenants need a permanent home on  a page. This gives the huge condo in my brain room for new people to move in. Also, the more people I can get out onto the pages the quieter my brain will be. Does that make sense? Or does it sound slightly crazy? Yeah, I’m probably saying stuff that most writers experience but most don’t want do talk about. You know, because voices in head = padded cell.

And, that’s why I write. Check out what the other bloggers have to say and I’ll catch you all next week. — Gwen

2 thoughts on “WHY I WRITE”