So, I’m sure if you are here you know I’m a romance novelist. In fact, if you want to get right down to it, I write erotic romance. BUT, in my other life I’m a certified elementary school teacher. I worked in a history museum for 5 years until I was laid off. Yeah, the museum is having issues, but that’s a story for another time. Right now, I am job hunting while writing feverishly in the hopes that my writing will take off and I can do that full time. Okay, now that I have all that out of the way let me tell you why I’m really here. In the 5 weeks since I was laid off I am, of course, online a ton. I’ve upped my presence online with blogs and Twitter and Facebook and just generally chatting and reading while I write. I’m sure you’re wondering, “Where the hell is this going?” And I will tell you. In these 5 weeks I have realized that there are a lot of people out there that are grade-A assfaces.

Trolls. These people are called trolls. Which is kind of sad since these people totally besmirch real trolls and I’m sure they will be filing some kind of lawsuit soon. 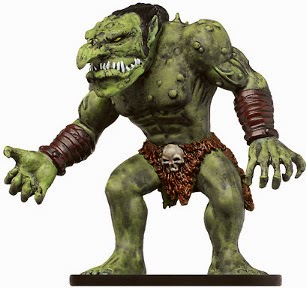 Real troll that is angry because of assfaces on line.
I’ve heard of Internet trolls before since I’ve been using a computer for . . . a very long time. But I didn’t have time to even think about them, much less write a blog about the phenomenon. But my friend Jenny Trout has a huge Internet presence and since she appeared online in her cutie cute bikini she has been inundated by these “incredible” individuals. Notice that I use quotes around incredible, that denotes sarcasm.
Now, I’m not the smartest person in the world. I will admit I have 2 undergraduate degrees and 1 master degree, but that still doesn’t make me Stephen Hawking. Hell that doesn’t even make me Dr. Sheldon Cooper, but I just don’t get it. I don’t understand the reason why someone would go online to purposefully be a jerk to someone. And, what’s even more ridiculous, is the assface person doesn’t even know the person they are being a jerk to. How does this make sense??
What drives someone to find an article or blog or what-have-you online and purposefully say something to make others angry? Once again, I’m not a genius, but to me there is some kind of mental disorder going on here for anyone who does this. What kind of satisfaction does this person get by sowing discord? Is the individual so lacking in confidence in his or her own life that he or she feels as though going online to tear down people (you don’t know) somehow makes you a better person?
Now, my mama always told me that if you don’t have anything nice to say then don’t say anything at all. And I try to abide by this rule. So I wonder if these assface individuals weren’t raised correctly. Do they not have good southern mamas to tell them how to act when you get out someplace? I’m guessing no by the ridiculous posts I see day after day.
So, I have some advice to give. If you are one of those people who go online and enjoy saying stuff to make others mad, you need help. First, get off the computer. Unhook your Internet and get into therapy and figure out what is so wrong with your life that makes you act like a jerk. Once you’ve figured out the issues, work on them and fix stuff. After that, I bet you will have loads of friends and won’t need to use the Internet in the passive/aggressive manner you have been.
For everyone else who must deal with these “incredible” individuals my advice is ignore them. I know, it’s going to be hard. But I have found that if you ignore some behavior the behavior stops because there is no audience. Another thing my mama always said was, “If it’s not going to matter in a week, a month, a year then let it roll off your back like water off a duck’s back.” Which means, if the assface doesn’t have an audience they finally give up and go away. Like I said, I know it’s difficult, but as a friend of mine once said, “Somebody has to be the big person in a relationship.” And, online, that “big person” or adult, if you will, is the person who ignores the ridiculous behavior of the assface.
Thank for listening. Oh and if you have something to say to me that is constructive and thoughtful please leave a message. I will answer. If, on the other hand, you’re an assface don’t bother commenting. I won’t answer. I will read what you have to say, roll my eyes and sigh at how sad you are. But I won’t comment.
Thanks –GC