The first thought that came to mind when I saw this idea for random Wednesday was . . . work. Then I realized it wouldn’t make for a very good story, since, yeah, we’ve all been there.

So, let me tell you about the time I ended up in a jungle in Mexico.

And hot, so miserably hot. Over 100 degrees Fahrenheit with about a billion percent humidity.

So, a friend of mine and I decided to go to Mexico, the Riviera Maya to be exact to an all-inclusive resort. So much awesome. We decided we’d spend the first day taking a small tour, nothing big deal, to see the ruins. We signed up for a half-day (this part is important) tour of a place called Coba. The guy told us half-day, we both heard half-day. Can you guess what it wasn’t??? You got it!! Half-day!

On the bus, heading to Coba, our guide is talking about all the amazing things we were doing that day. See Coba, have lunch, visit a village and trek through the jungle trying to see monkeys in the wild. WHAT??!!! 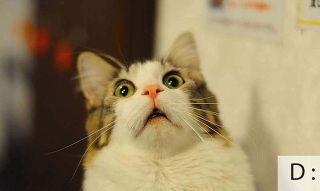 Sadness, lamentations, and much cursing followed, but we were stuck. And really, how bad could it get? Right?

Coba was really amazing, but it was around 9 in the morning and the temps were already well into the upper 90s. Any breeze that came was hot and kicked up dust. Imagine sweat, loads of sweat, combined with dust. I’m sure you can now picture what we looked like.

At least we had dressed correctly. One woman on this adventure to hell was in an “outfit.” Fancy shorts and top, dress shoes, jewelry, makeup, and fabulous updo. A man had on a track suit (pants and jacket), t-shirt, and sneakers. Last time I checked, the jungle had no track and field events.

By the time we made it to the jungle, it was fairly late in the afternoon and we were hot, sweaty and exhausted. Our guide informed us, quite vehemently, that we were to stay with our individual guides since this was the jungle. No marked paths, no maps, no nothing. Oh, and by the way, the guides don’t speak English. Of course they don’t.

I found myself in a group with track suit guy. I felt so bad for him since he was a tad overweight and his pants had begun to sag. In fact, I realized the pants we’re a bit long on him. As he scuffed along, he was walking on the bottom of his pants. As we trudged through the green hell, track suit guy kept walking slower and slower. Now, there was no way to pass him, since the “path” was tiny, and I realized we were losing the rest of our group and, more importantly, the guide.

At this point, my amazing friend nudged my back and hissed, “Get his ass moving or I will.” Throughout our hike, she had been cursing up a storm behind me and I knew our track-suited friend would not survive her wrath. She probably would have booted him right off the “path” into the jungle where something was waiting to eat him. So I, being an elementary teacher, did what elementary teachers do. I put on my “Miss Mary-fucking-Sunshine” voice and clapped my hands behind Track Suit’s back.

In my head, I was thinking – Because if we do, we’ll be lost forever and you my track suited friend will be sacrificed for the good of the group and because you pissed everyone off.

He instantly snapped to attention and hauled ass to catch up. Yes!! Score one for the teacher.

Obviously, we made it back to the hotel since I’m sitting here typing this. The clothing I was wearing, did not. It was not salvageable. The heat and humidity had baked the dirt into my shirt, shorts and socks and no amount of washing could get them clean. I even used bleach on the socks and they still came out beige.

And that is the story of the worst place I’ve ever been stuck. Now go and check out where the other bloggers wanted to escape from.