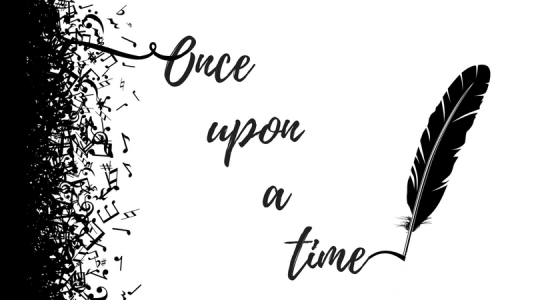 This month’s song we’re basing our flash fiction on is Wake Me up by Avicii. I’d hear this song before, but didn’t know the name or the artist. Sadly, I also found out he died, which is a true tragedy.  If you’re interested to hear the song, here it is:

This piece is the beginning of a book I’m writing. It’s not Entangled, but one I pull out and work on when I’m stressed at work. *shhhhh* Don’t tell. As soon as I heard this song, I instantly thought of Tessa and her situation. Hope you all enjoy!

She stared at the two small lines in confusion. It wasn’t possible. Couldn’t be. And, yet, here was the evidence. Again. She looked around the bathroom at all the other little sticks and every one said the same thing. She was pregnant.

Feeling light-headed, Tessa put her head between her knees and concentrated on breathing. Just breathing. As she did, her mind whirled. How? When? She was fairly confident if she’d been sexually active she would have known. Sex wasn’t something a girl forgot, even shitty sex. Tessa knew, with certainty, she hadn’t had sex. Ever. In fact, she’d purchased the first pregnancy test as a joke. Sort of. She knew she couldn’t be pregnant but wanted to be able to tell the doctor’s office that she’d taken one, so they could get down to figuring out what was wrong.

Tessa sat up trying to figure out when her last period had been. June? July? Shaking her head, she went out to her bedroom and dug in her purse for the organizer that went everywhere with her. Her friend teased her for writing down every single event, no matter how trivial, on the pages, but she’d never missed an appointment, birthday or celebration. Tessa was organized. Scarily so, her best friend Kenyatta had declared.

Flipping backwards, she studied each week until she found her last period. It was a little over two months ago. Two months. How had she missed it? Okay, yeah it wasn’t hard since she was no longer on the pill, per her doctor’s instructions, and her period was hit and miss at best. So, once again, the question went back to how.

Divine intervention? She almost burst out laughing at that. She couldn’t imagine any god looking down and thinking she’d be a perfect mother. Okay, maybe Loki. Hey, if it was Tom Hiddleston she might think about it. Since that wasn’t possible, at least she highly doubted it, something had to have happened. What though?

She started and looked up to find Kenyatta standing at her bedroom door. Glancing at the clock, she realized it was well after five. She’d gotten nothing done and the day was almost over. Okay, she’d taken eleven pregnancy tests and came to the realization she was pregnant, but beyond that nothing else.

The words hung in the air. Hearing them said out loud, Tessa’s palms started sweating and her heart pounding. She was having trouble swallowing and starting to sweat. A lot. Freaking out. She was freaking out. She sat on her bed and once again, put her head between her knees and concentrated on breathing. Yep, passing out would be bad. She couldn’t pass out.

Her best friend’s voice sounds as though it were coming through a tube. Since, Tess knew that couldn’t really be happening, she continued to concentrate on breathing. Can’t pass out, she kept repeating. Wouldn’t help anything if she did.

A cool cloth covered her neck and an arm hugged her tight. Yep, no matter what, she could always count on her best friend. Neither had much family, or at least family they claimed. On top of that, they were both smart. Really smart. Like genius level, though Tessa didn’t feel like such a genius right now. But, on the first day of freshman year of college, they decided to be each other’s family. And, it had stuck. Now, nearly seven years later, Tessa knew she had someone she could count on one hundred percent.

Kenyatta pulled Tessa to sit up and put her arm around her.

“I saw all the tests in your bathroom.”

“Yep, and they all came out positive.”

“How? And don’t be a smart ass. I know you haven’t been dating and, unless you had a booty call that I don’t know about, you aren’t seeing anyone.”

“Nope, no booty calls.” Tessa agreed. “I, truly, have no clue. Now isn’t that something? I’m twenty-three and have no idea how I’m pregnant. I just know all the tests say I am.”

“Why did you even think you were in the first place?” she asked.

Tessa shrugged. “I’m not sure. I started getting sick, my breasts are tender, of course no period, and I’m really tired. And, I just feel different. Does that make sense?” At her best friend’s nod, she went on. “Okay, so I went onto one of those doctor websites—”

Kenyatta rolled her eyes and shook her head.

“Tessa, what have I told you about that? Did I not forbid you to go on any of those? You know you always think you have the plague or some weird disease that you couldn’t have in a million years.”

“Not every time,” she argued. “The one time I diagnosed myself with pneumonia with it.”

Kenyatta stared at her and Tessa huffed out a breath.

“Whatever, so I went on and it said I might be pregnant. I wanted to rule that impossibility out, but it didn’t. I failed the pregnancy test.”

“Eleven. I took eleven of them. I would have taken twelve, but I don’t think I have any pee left in me.”

“Yeah, I already came to that conclusion.”

The two women looked at one another and smiled. It was so awesome to have someone who understood her. No matter what.