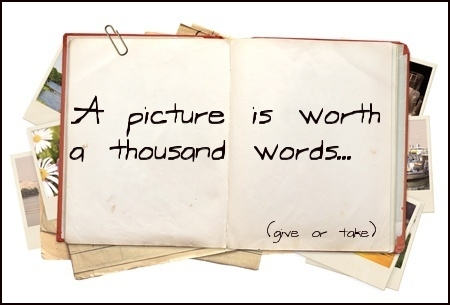 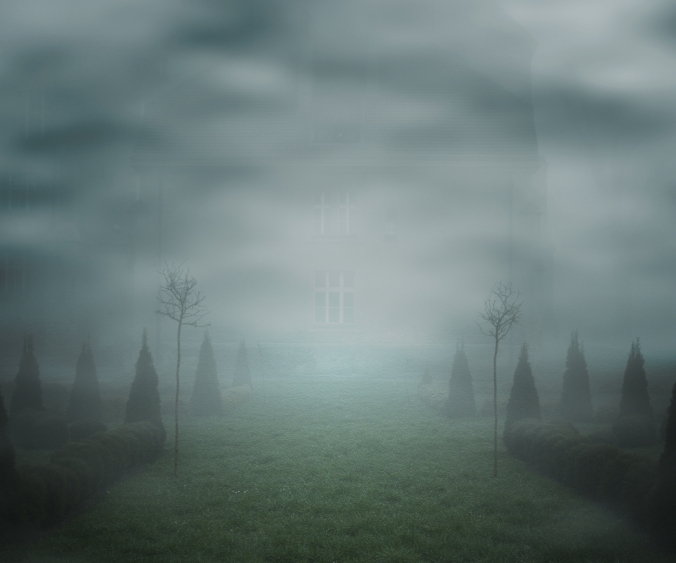 Welcome to the photo flash fiction for November. The pic above is a amazing and so many thoughts flew through my head when I saw it. I hope you like what I came up with. Enjoy!

Fog writhed across the ground as Caitlyn slowly turned onto a one lane road and pulled up to a set of iron gates. She checked the address Grigori had given her against the plate attached to the gate and found an exact match. Rolling down her window, she punched the code into the pad tucked discretely behind a large bush and the gates slowly swung open.

She drove through and watched in the rearview mirror as the gates shut behind her. Clutching the steering wheel, a bit tighter, she followed the drive around until she pulled to a stop in front of a huge stone house. The fog was so heavy she could barely make out the steps that lead up to a massive front door, never mind trying to see anything else.

Caitlyn shut off the car and grabbed her purse to step out of the car. Quiet. It was so quiet. Nothing moved. There was no wind, no birds. Nothing. Just the slowly undulating fog that crept across the ground. If she didn’t know any better, she’d think she was the last person alive in the world.

Rolling her eyes at the thought, she clutched her purse a bit tighter and marched up the front steps. She rapped smartly on the door, but paused as it silently swung open. A slight frisson of fear danced up her spine as goosebumps made an appearance on her arms.

I’m not scared, she told herself. There’s nothing to be afraid of. Nothing here can hurt me.

Keeping that thought in mind, she stepped into the large open hall and closed the door behind her. A flicker of light to the left caught her eye and she moved toward it to find a living room dominated by a large fireplace. A fire roared and crackled illuminating a small table draped in a crisp white tablecloth set for two. Caitlyn stepped in and dropped her purse on the couch on the way to the table.

Across one of the plates lay a perfect red rose under a card with her name scrawled in a heavy, masculine hand. The man did not miss a trick. Picking up the rose, she ran her fingers over the velvety petals as the soft sweet fragrance of the flower enveloped her.

“I see you found the place with no problem.”

She spun to find the man himself leaning against the door jam watching her. Damn he was handsome with a thick head of black hair, sharp cheekbones and lips she could kiss for days. Of course, the Russian accent only added to the appeal. She sometimes wondered how the hell she’d gotten so lucky.

“This is quite the house,” she said. “The drive was long and if it weren’t for the GPS I don’t know if I would have found it.”

“I wanted to make sure we wouldn’t be disturbed.”

He stepped up to cup her face in his large hands. They stared at one another as he slowly lowered his head and took her lips. The kiss was like coming home. She’d missed him, but it couldn’t be helped since his job, his life, often kept him away.

“I’ve missed you,” he said, as if he’d read her thoughts.

“I was just thinking that. I hate when I don’t see you.”

“Good, since I don’t like being parted from you. What would you say if I asked you to be with me? Forever?”

He nodded and smiled. Fangs. Long fangs slid from his upper teeth. “What do you say? Will you be mine?”

Caitlyn smiled and jumped into Grigori’s arms. “Yes, yes, I’ll be yours.”

2 thoughts on “When Night Falls”